Elderly patients with co-morbidities should be referred for regular acupuncture sessions to help reduce pressure on the NHS, the British Acupuncture Council (BAcC) says.

The comments follow a systematic review, published in BMJ Open, which showed that continuity of care resulted in ‘significantly fewer deaths’ among patients and halved the risk of an emergency hospital admission.
The BAcC claims that the ‘continuity of patient-centred care’ provided by regular acupuncture, delivered by the same practitioner, over a considerable period of time helps relieve symptoms, reduce medication and improve wellbeing of elderly patients, therefore reducing their risk of hospital admission.

Mark Bovey, research manager at the BAcC, says there is significant evidence suggesting acupuncture is effective in relieving pain in conditions such as back pain, osteoarthritis, fibromyalgia and other musculoskeletal complaints and acupuncturists could be playing a much bigger role: ‘National health services across the developed world are struggling to cope with increasing numbers of old people with chronic illnesses. Conventional health and social care resources are overstretched and polypharmacy is rife, with its attendant side effects and interaction complications. Acupuncture could offer a useful additional resource.’
He highlights a report, Long-Term Acupuncture Therapy for Low-Income Older Adults with Multimorbidity: A Qualitative Study of Patient Perceptions, which was carried out in California last year and published in the Journal of Alternative and Complementary Medicine.

The qualitative study, which involved 15 patients aged 60 years and older suffering from at least two chronic conditions, showed that a substantial number of participants were able to reduce their medication and maintain physical and mental health. In addition, they developed a strong trust in the clinic’s ability to support the totality of their health as individuals, which they contrasted to the specialised and impersonal approach of conventional medicine.
‘What is perhaps most interesting,’ Bovey comments, ‘is how the acupuncture clinic became the main health hub for these people. They were diagnosed and treated, there was social and emotional support, practical advice and referral to other community resources. This was a one-stop, holistic service, the sort of coordinated care model that the NHS is striving for, and patients yearning for.’

Giving evidence to a 2013 House of Commons health committee investigation into how the NHS could better manage elderly people with long-term conditions, the late Dr George Lewith, former professor of health research at the University of Southampton, said conventional medicine could ‘learn a lot’ from complementary medicine.

‘Being nice to people and approaching them as whole people has a big effect on their symptoms. [The whole-person approach] could be delivered within regular medicine [ . . . ] We need to learn the lessons from complementary medicine and deliver them better conventionally, but you are not going to get GPs who are working 14 hours a day within the current health system, and who are all pretty disillusioned, to have increased compassion,’ he said. 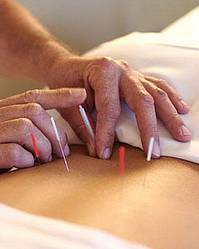 What Is Acupuncture Good For?

I am often asked which conditions acupuncture is good for. A recent review commissioned by the Australian Acupuncture and Chinese Medicine Association, provides an up to date evidence based guide to the effectiveness of acupuncture using scientifically rigorous methods.

For the eight best supported conditions the evidence was consistently positive and acupuncture was recommended by the review authors. The eight conditions are:-

The ‘potential positive effect’ list of 38 conditions includes neck, elbow, heel and shoulder pain, asthma, IBS, anxiety, depression, insomnia. It also includes primary and secondary stroke treatment. This is a condition which is the most common inpatient indication for acupuncture in Chinese hospitals.

To be clear, no evidence of effect does not mean that acupuncture is ineffective, rather that there is currently no evidence of effect. These results reflect only what research has been done to date, they are not neccesarily a good indication of how someone would get on with acupuncture in normal practice. Interestingly however, the study authors do point out that :-

“it is no longer possible to say that the effectiveness of acupuncture is because of the placebo effect, or that it is useful only for musculoskeletal pain”.

{Based on an article by Mark Bovey, Research Manager British Acupuncture Council}.