‘Honour thy error as a hidden intention’.

This was the phrase presented by the Oblique Strategies pack as I tried to solve a complex problem which had been confounding me. It worked!

What strategies do you employ to set yourself free from a creative tight corner? During my youth I remember being shown this set of cards which were designed for use by muscians and artists, created by Brian Eno and Peter Schmidt in 1975. We would use these whenever exam revision was proving hard, and invariably it would unlock something useful. 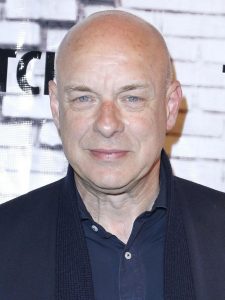 Brian Eno is an English musician and record producer who’s best known for being a founding member of the glam rock band Roxy Music and his innovations in ambient music. His work as a record producer is legendary as he has worked with such musicians as U2, Devo, Talking Heads and Ultravox.

His skill as a producer lies in unlocking the hidden talents in everyone. For example in one interview he told a story about how the drummer in a band he was producing came forward with a new composition featuring lead guitar. The normal procedure would be to give this part to the lead guitarist, but Eno suggested the drummer recorded this part himself. The resulting track was a surefire hit.

A random click on the website came up with ‘from nothing to more than nothing’. Hmmm interesting. Go on, give it a try and see what comes up for you.