Englishman Tim Parks is a best-selling novelist, critic, essayist, and Professor of Literature who has lived and worked in Italy for nearly forty years. He has previously been shortlisted for The Booker Prize.

Some time ago I read and thoroughly enjoyed his book Italian Ways, on and off the rails from Milan to Palermo (in fact I booked an Italian rail holiday off the back of this enticing volume). More recently I came across another of his books which drew my attention – Teach Us How To Sit Still (Vantage books London). 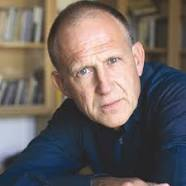 In his forties the symptoms – constant abdominal pain and urinary difficulty- that were to dog his life began to take hold. In his remarkable book ‘Teach Us To Sit Still’ he describes in everyday detail how the body that had carried him thus far turned out to be less familiar than he thought possible. What he would later come to know as ‘unexplained pelvic pain’ increasingly dominated his daily routine.

He writes ‘had what happened been merely a problem of diagnosis, one bunch of doctors getting it wrong – in their eagerness to cut me up – and then another finally suggesting just the drug that would fix me in a jiffy, I would never have bothered to write about it.’

A Headache In The Pelvis

His was a story familiar to me – ‘so-called’ experts vying to offer treatments based on uncertain knowledge. So what do you do when you have exhausted all the possibilities? Search for the impossible of course! Whilst Googling his symptoms he came across a book entitled ‘A Headache In The Pelvis’ by Drs Wise and Anderson. In this well-researched book he was introduced to the idea that his symptoms – which made him increasingly unable to sit comfortably – were related to chronic tension in the pelvic floor muscles. What was needed, they asserted, was to make addressing the symptoms the top agenda item of the day, not the last.

Thus started a long and productive journey which took him through paradoxical relaxation, canoeing and Vipassana meditation. Parks describes the outcome of one of his early meditation sessions thus –

‘Abruptly, a tight girdle of muscle between navel and pubis slid down, as if settling into its proper place. At once I felt more comfortable. That was odd. I was astonished. You go to three or four urologists and pay hundreds of pounds only to get the first piece of useful advice, from a self-help book’.

Honestly and thoughtfully told, Parks’ story is one that will resonate with many trying to find answers to undiagnosed illness. The unresolved problem, the role of the expert and searching within to discover uncomfortable truths. In the end he not only ‘conquers’ the pain but really does find himself in the process (cliched but true).

Also see the following article by Tim Parks :- Tim Parks on meditation’s pros and cons: ‘This is more than medicine’

[Pelvic Pain, Sitting and a Pinch Of Scepticism]